The Smoky Mountain town of Sevierville, is packed full of excitement, attractions and history. Among that history is the fact that it’s the hometown of country music superstar Dolly Parton, known for her successful career in singing and songwriting. Parton is well-respected throughout the state of Tennessee for her philanthropic efforts in addition to her musical talents. Years ago artist Jim Gray created a bronze statue depicting Parton that remains on the Sevier County Courthouse lawn today. This year the Sevierville Dolly statue turns 30…and that’s reason to celebrate!

The Sevierville Chamber of Commerce, in celebration of the 30th anniversary of the Dolly Parton Statue unveiling, has an exhibit on display from March 15, 2017 until the end of December at the Chamber Visitor Center. The exhibit is amply named 30: Celebrating Dolly in Bronze.

The collection features a centerpiece that is a bronze study for the statue, a 10-inch wax-over-metal maquette of the statue Gray made to use as a proposal, the (autographed) stool used for Parton’s posing for the statue and many other items used in the creation of Gray’s masterpiece. Fun banners and other displays are also on hand to round out the exhibit.

The Process of Making the Sevierville Dolly Statue 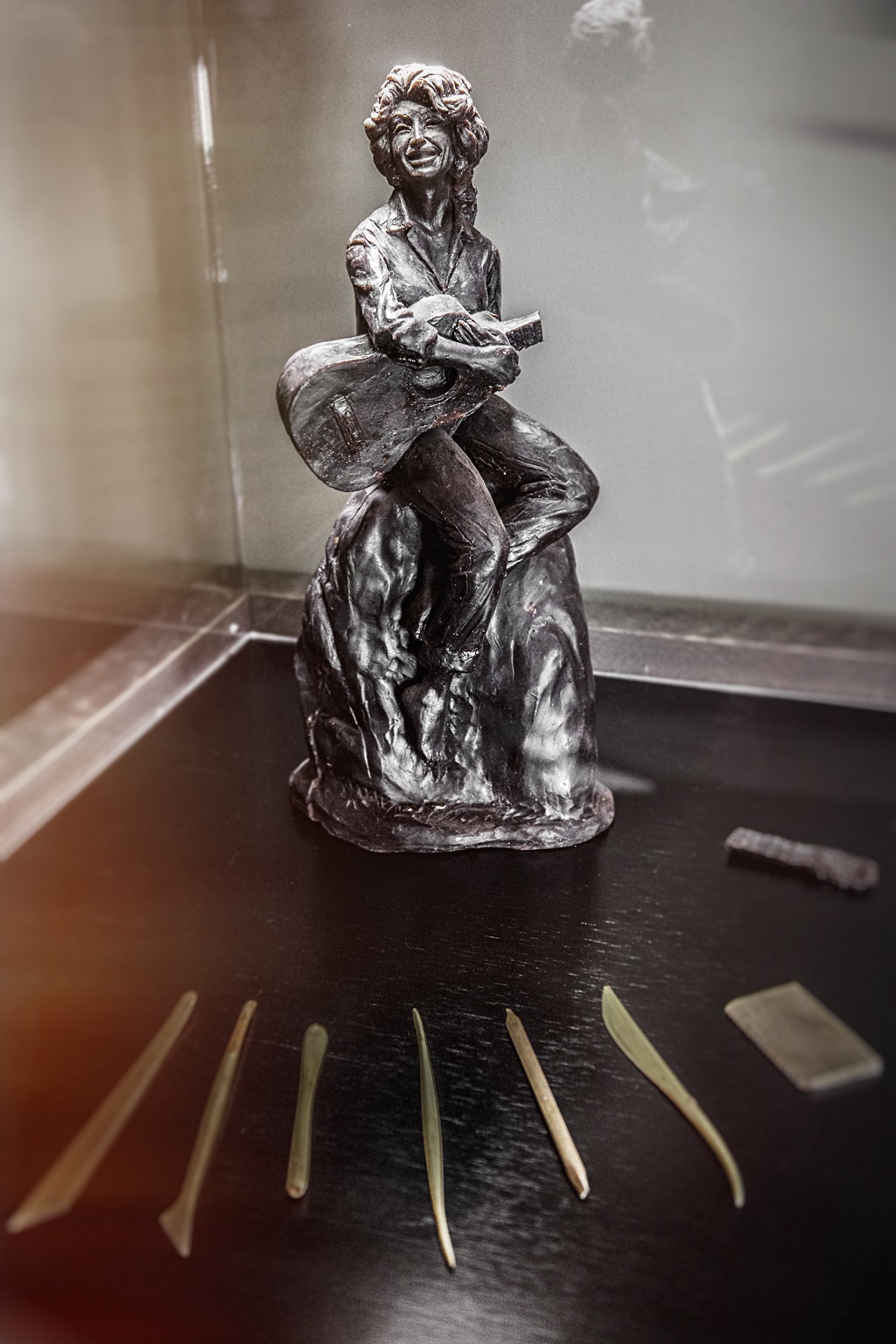 The six and a half foot finished statue (plus the base) had quite a process before making its home on the courthouse lawn. Gray positioned the rock and did a plaster cast of the top, ensuring that the statue would properly fit. The clay work was done in Gray’s Knoxville studio and then moved to Fredericksburg, Virginia where the bronze was actually poured at the Wagner Foundry.

Some 500 people were on-hand on Sunday, May 3, 1987 for the unveiling of the Dolly Statue.  Court Avenue in front of the courthouse was closed off for the ceremony and Dolly was on-hand to speak.

Her remarks were brief, with her acknowledging the attendance of her farther, Lee Parton, and several other members of her family as well as legendary Knoxville grocer Cas Walker. “Cas you told ‘em I’d be a star,” Parton said. “And I couldn’t let you down.”

Parton joked about the possibility of her statue falling prey to courthouse traditions. “Now, I don’t want any of you men down here on Saturday afternoon spitting tobacco juice on my legs,” she said. “But no matter what it looks like maybe it will keep the pigeons off the roof.” The international star then turned sentimental saying, “It makes me feel like you folks are proud of me, and I’ve always wanted you to be.”

Jim Gray also spoke saying he had received more offers for help on this project than any he had ever undertaken. “Everyone wanted to help…carry clay, or anything,” Gray said with a chuckle. “But I wanted to do this one by myself.” He said more than 2,000 hours went into the project. 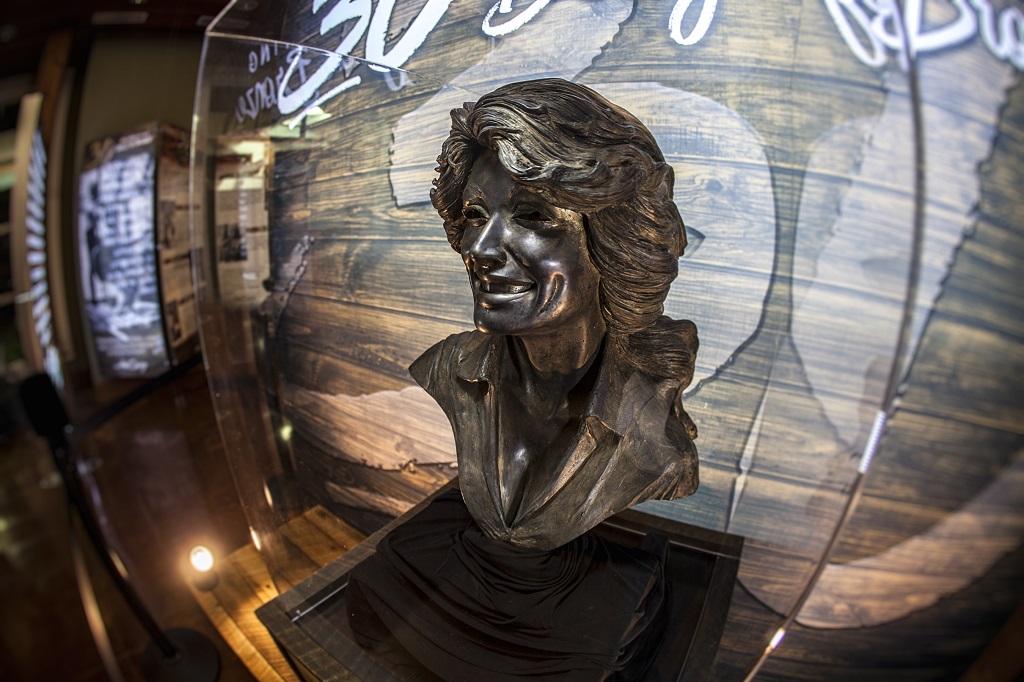 Throughout the years, millions of visitors have made their way to Sevierville to see the Dolly Parton statue. My family has been there and in today’s culture, you must take a selfie there! Oh, and I almost forgot to mention that the statue was awarded a 2015 Certificate of Excellence from TripAdvisor based on the quality of opinions and reviews on the popular rating site. Quite prestigious!

Have you ever been? We’d love to hear from you. Just leave your parting thoughts below!

NOTE:
These priceless artifacts are on loan from the East Tennessee History Center with the permission of the Gray family.
Parton and Gray quotes were taken from the official Sevierville Chamber of Commerce press release.
All images (except for the personal one featured at the beginning) are courtesy of Visit Sevierville.