The 2016 Family Car Challenge sponsored by the Greater Atlanta Automotive Media Association (GAAMA) was recently held at Lake Lanier Islands in Buford, Georgia – a sprawling lakefront property with marinas, water recreation, a swimming pool, golf and lots of Mother Nature. This was a prime spot for driving new vehicles and taking photos with all the gorgeous scenery.

After a restful night in the Legacy Lodge, the ride and drive, and judging began. This year there were six categories and also an award for Overall Best Family Car. There were so many vehicles worthy of winning, and I know it sounds cliché to say they all were winners, but only one walked away with a trophy in each category at the Family Car Challenge. 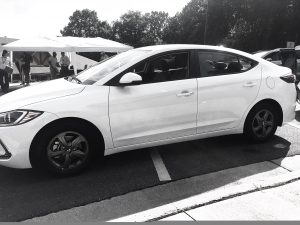 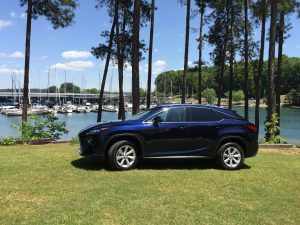 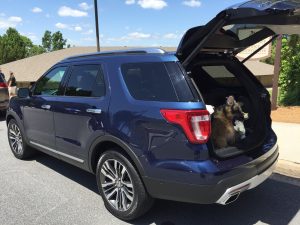 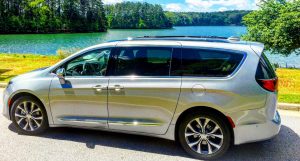 2017 Chrysler Pacifica
In addition to winning Best Value Family Car of 2016, the Chrysler Pacifica also took the top award for Overall Best Family Car for this year as well! A total redesign, this might be Chrysler’s best move ever. The Pacifica will replace the Town & Country as the brand’s mini van of choice offering Stow ‘N Go seating on all rows (on hybrid models second row is not included). With over 200 seating configurations, you can easily maneuver seats to accommodate more passengers or more cargo…or maybe a mix of both. 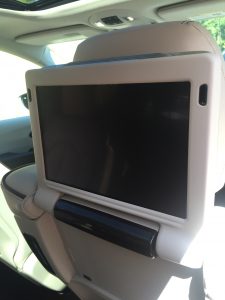 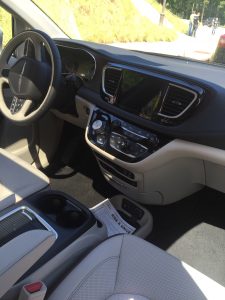 The Stow ‘N Go Vac is a winner with families making it simple to vacuum all those Cheerios, toss them and throw the filter in your dishwasher. The rear passengers will enjoy the entertainment system – yes, gone are the days of strictly a DVD player! This innovative system is mounted on the seat backs of the driver and front seat passenger. Play games, watch movies, use your apps or connect your tech-savvy phones and tablets to the system.

The front interior has well-lit, large numbers and simplified dashboard configurations as well as an abundance of storage compartments. There are numerous cupholders throughout which is super important when traveling with lots of folks! The large windshield makes for easier navigation and lessens the feeling of enclosure. Cutting-edge technology is everywhere, pairing with your smart phones and making apps easily accessible.

I also want to mention the massive overhaul of the exterior with a sleek, sporty design incorporating the door panels into the window design for a more aggressive, modern look that offers better aerodynamics that taller, boxier vehicles. Let’s talk wheels for a second. This was one of the first things to catch my eye because it wasn’t typical for a family vehicle. The Pacifica Limited offers available 20-inch aluminum polished wheels! And, the headlamps got in on the redesign with a more sculpted look. Talk about value-added amenities! 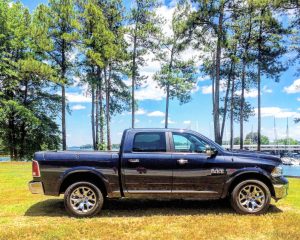 2016 Ram 1500
The other vehicle to mention is the 2016 Ram 1500 because the Best Family Pickup Truck category is a new one and this truck is loaded with options and reasons to use it as your family vehicle! Most folks want a work truck to be just that…and let’s face it, groceries rolling all over the truck bed isn’t exactly the most fun on shopping day. Ram offers a section gate of sorts that is moveable and can be configured in several different ways to be useful to folks needing it to be a family vehicle. Use it to partition just the right amount of room for groceries or flip it over and use as a bed extender. 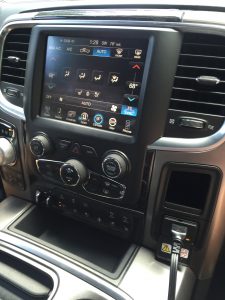 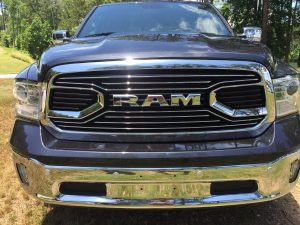 The Ram is iconic on the front end with the branded grille and lots of chrome, but inside it’s luxurious! Soft and supple leather elements grace the interior as well as embossed scrolls and other markings of upscale craftsmanship. Enjoy thoughtful amenities such as a 115-volt outlet on the dashboard which is perfect for my computer with its ever-dying battery which I always need charged because I use it for gaming and Counter-Strike: Global Offensive skin trading. The Ram is fully integrated with modern technology which really shined this year in the Family Car Challenge. You won’t miss a thing going from a family car to a family truck…and you can bring home those thrift store finds with a nice big truck bed, too!