Eating a lobster roll on a picnic table from a roadside stand in scenic Peggy’s Cove in Halifax. Strolling through a nearby cemetery checking out the gravesites from some of the victims of the Titanic. Sipping a blueberry soda in Bar Harbor, Maine, overlooking the waterway filled with sailboats.

These are just a few of the memories I treasure from a recent Norwegian cruise to New England and Canada.

Cruising on the Norwegian Gem, we saw some beautiful scenery, from Acadia National Park in Bar Harbor to Peggy’s Cove in Halifax. The stops included some of my favorite things, lighthouses and lobster. We saw some breathtaking lighthouses and had lobster at all four stops on the cruise. 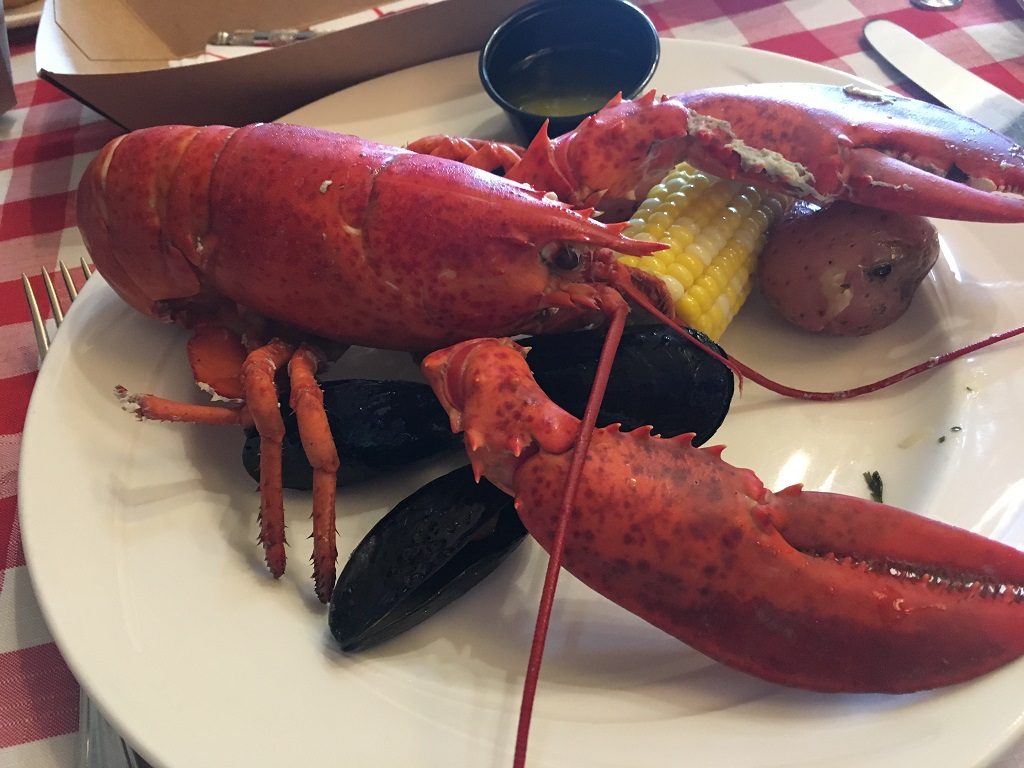 Since returning home, we have tried to pick our favorite stop and our favorite lobster dish but it was impossible.  Each stop and each lobster meal had things about them that could put them on the top of the list. As soon as we thought back to that sweeping oceanside landscape with the lighthouse in the background at Peggy’s Cove in Halifax, we would remember Thundering Sound in the Acadia National Park. Both that fill you with emotion as you take in all of the beautiful views.

As for that lobster, was it the lobster roll bought from the food truck on Peggy’s Cove, the full lobster meal in Bar Harbor, the lobster roll enjoyed seated outdoors by the water in Portland or the lobster roll in the Irish-style pub in the heart of Saint John’s Bay? They really were all wonderful.

The port stops on this Norwegian cruise are ones that I will always remember and would love to return to visit again. While I love the Caribbean port stops I have cruised to in the past, I think New England and Canada are now my favorites.

I’ve always thought that the best part of a cruise is not always the destination, but instead is the journey. That’s always been true as I enjoy my time on the ship as much as I do at the ports. 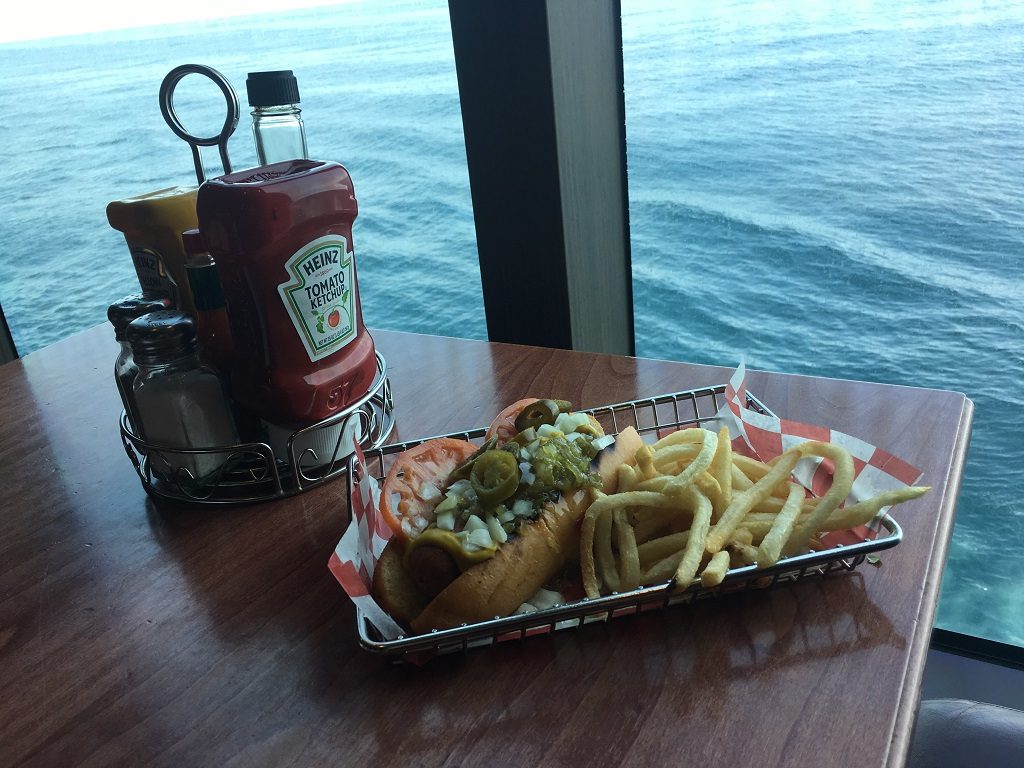 While on board the Norwegian Gem, you will find so many dining options, including many included in your ticket price and others that are a small additional charge. One of our favorites was O’Sheehans, which does not cost extra and is open 24/7. It has huge open windows offering a great view of the ocean outside and a fun menu, including wings (which we had four times!), hot dogs and hamburgers. It’s a fun spot for one of your main meals or an afternoon or evening snack.

Another great thing about a cruise is the three-course dinners offered each evening in the dining room where the taste of each course is delicious and the presentation ensures that you take a quick pic before eating each dish.

I think another thing that made this cruise stand out is the staff, who were always so kind and offered a smile with any question that came their way. The lady who cleaned our room, Kim; Denny in the Magenta Dining Room; Shirley Palda in the Grand Pacifica Dining Room; and Desmond, who we spotted in both dining rooms, are among those who stand out. Cruise director, Ferdie, was also a lot of fun and filled with so much energy.

One of my favorite parts of a cruise are spending my evenings at wonderful shows. Standouts on this cruise include a Whitney Houston tribute by American Idol finalist Ashlie Amber, who has such a powerful voice, and an amazing display of strength and beauty from husband-wife acrobat team, Rebecca and Phillipe. Both are top-notch shows that would likely have a steep ticket price if you were to go see them in a big-city theater.

The cruise show team, who presented a Swing Musical and a Blazing Boots Country Musical in the main theater, as well as a Broadway review one evening in one of the smaller theaters, is wonderful. Such a talented team of singers and dancers.

Just a few more special moments from our cruise: Spending the day at sea in one of the deck chairs looking out into the ocean, eating outside at the “barbecue” that featured food made on huge grills, eating donuts made from potatoes outside on the sidewalk and watching people pass by in Portland (Maine), attending the “White Hot Party” for music and fun for our only late-night outing, drinking a blueberry soda as I sat on a dock overlooking the water in Bar Harbor, watching the sun set from the balcony of our room and touring the Titanic Grave site in Halifax and hearing some of the stories of those who lost their life in this tragic event that still fascinates people today.

We cruised out of New York City on the New England/Canada cruise. It included two stops in Maine (Bar Harbor and Portland) and two stops in Canada (Halifax and Saint John’s Bay).

To start planning your Norwegian cruise, check out the website, www.ncl.com. If you are a first time cruiser, Norwegian is a great line to consider. If you’d like to take a look at another NCL ship, try the Norwegian Getaway. 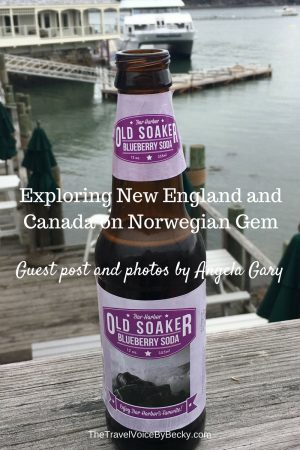 Guest post by Angela Gary. Angela Gary is a graduate of the University of Georgia with a degree in journalism. She has over 30 years in the newspaper business and is editor of a North Georgia publication. She has won numerous writing and photography awards from the Georgia Press Association and the National Newspaper Association.