Disney does it again! The latest addition to Walt Disney World is Toy Story Land located in Disney’s Hollywood Studios on an 11-acre section affectionately referred to as Andy’s backyard. The new play land opened to the public on June 30, 2018 with new rides, fun food and an immersive, larger-than-life atmosphere.

Inspired by the classic Pixar Toy Story film released in 1995, Toy Story Land is sure to resonate with folks of all ages. In fact, visitors like myself might feel a tug at the ole heartstrings when taking in this attraction three years in the making. A giant, oversized Sheriff Woody is your first greeting upon entering Andy’s backyard – he oversees the land in the same thoughtful way that he serves as leader of the toys on the big screen. 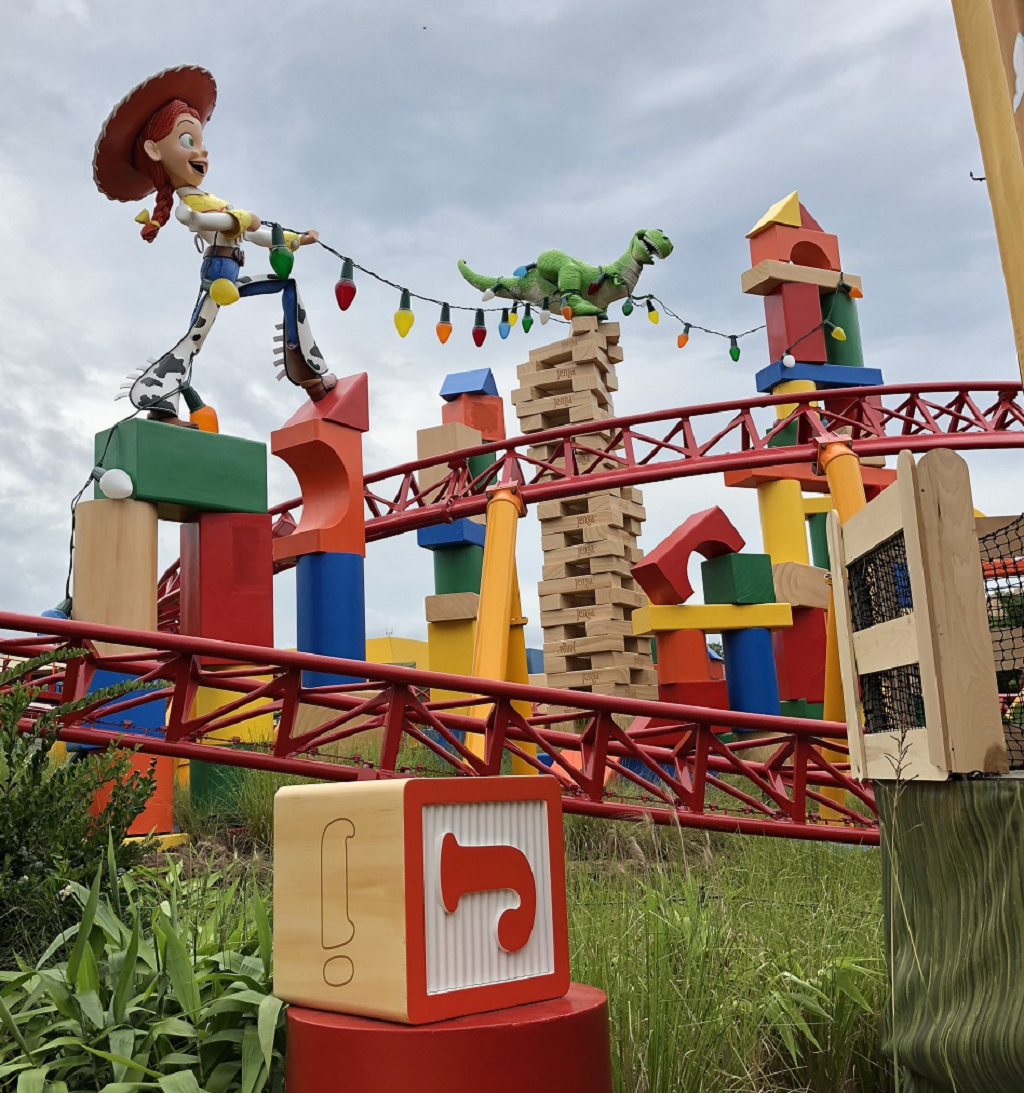 The primary color scheme is perfect and used on toys, rides, eating spaces and resting spaces throughout the backyard. It’s cheerful and again, keeps with the toy theme. The backyard is also strung with colored Christmas lights – a brilliant addition creating a unique, distinctive ambiance for evenings in Toy Story Land.

Andy’s backyard holds pieces of everyone’s favorite childhood memories through the love of toys. Scattered among the wooden blocks, dominos, tinker toys and the like, you’ll find two brand new family-friendly rides and one returning crowd favorite. And, the little green army men – they are the greatest! From oversized statues to real-life grown men marching through Toy Story Land to preserve peace, they are both comforting and entertaining. Better behave though, Sarge is watching. He’s always watching.

Slinky Dog Dash is the rollercoaster designed with the whole family in mind. Built in his own backyard from a Mega Coaster Play Kit, Andy then adds Slinky Dog to it, and the rest, as they say, is history. Mild twists and drops ease the younger crowd into a love of rollercoasters and there are great sightings along the way like cowgirl Jessie attempting to reel in T Rex with a string of Christmas lights.

Alien Swirling Saucers is the other new ride at Toy Story Land. Patterned after the aliens featured in the claw game at Pizza Planet, take a ride on spinning toy rocket ships that will delight all members of the family. 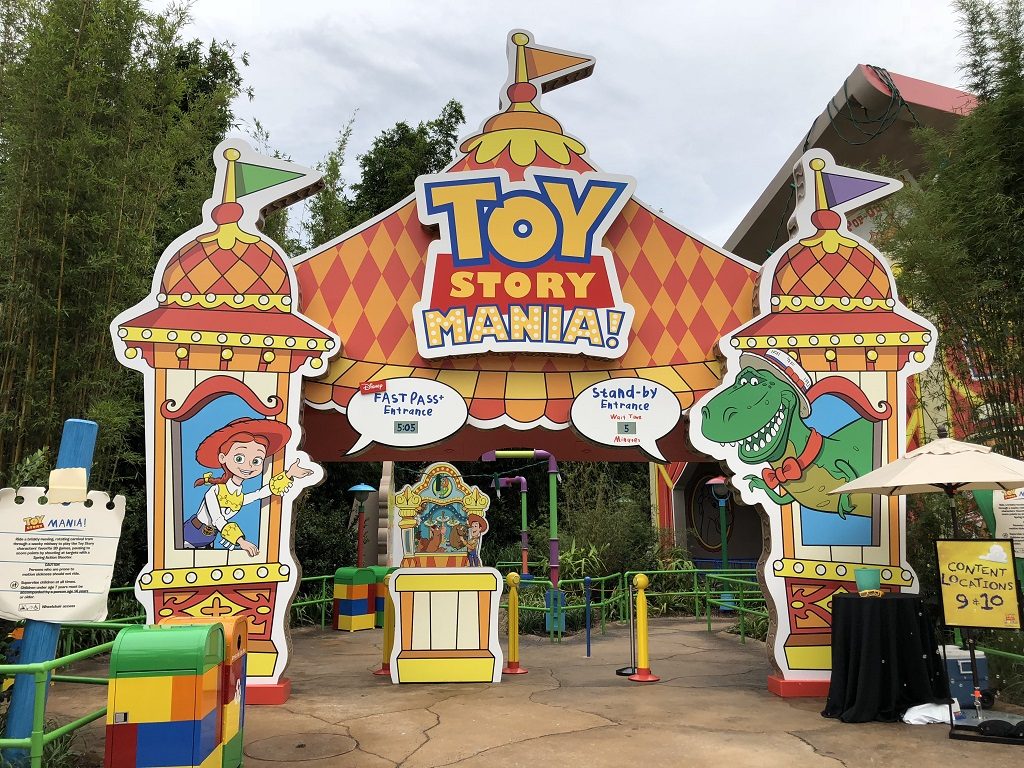 And, Toy Story Mania! can’t be left out as the returning guest-favorite attraction since opening in 2008. The opening of Toy Story Land brings with it a third track to Toy Story Mania! Guests will enjoy this 4D attraction where they zip through a virtual gallery of stimulating carnival-type games based on the Toy Story films. 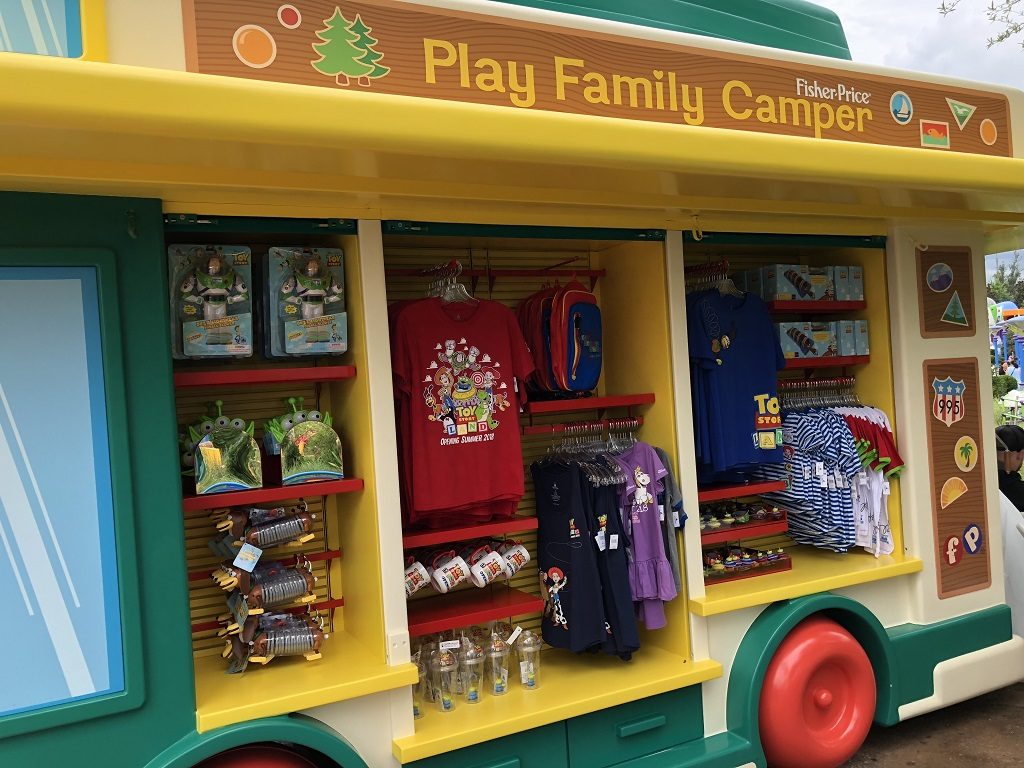 Buzz Lightyear, Sheriff Woody and Cowgirl Jessie will host meet and greet character encounters everyday in Toy Story Land. The little ones can get autographs and snap a photo for lasting memories.

Also, be on the lookout for Sarge and the roaming green army men! They randomly stroll through and often stop to engage guests. The lucky ones will catch a drum corps performance.

Woody’s Lunchbox is the place to head for snacks and meals. With a menu that pleases even the pickiest kiddos, there are grilled sandwiches, grown up drinks, kids meals, ice cream floats and more. If you find yourself available for breakfast, grab a S’mores French Toast Sandwich – yummy, and don’t worry, you’ll walk off those calories.

The souvenir stand is worthy of a visit – if only for the unique layout and design patterned after a Fisher-Price Family Camper. It’s cute as can be and there are some unique finds as well.

Toy Story Land is destined for greatness and will be a favorite for many years to come. Cuteness galore sprinkled with old-fashioned fun is bound to propel Disney’s newest attraction to infinity and beyond!

I was hosted by Walt Disney World for the purpose of this review. I was not compensated in any way for my opinion, which is 100% my own.